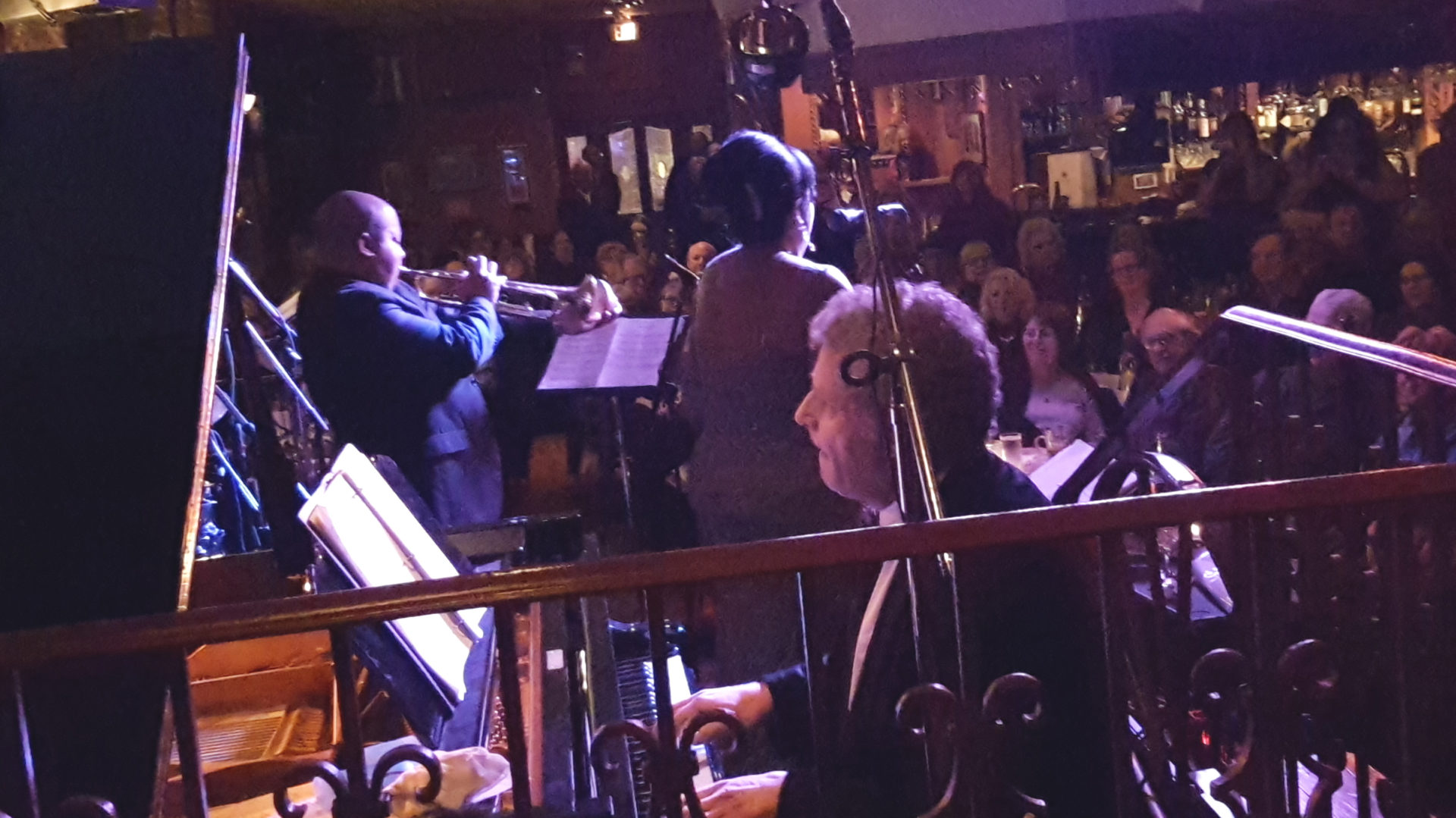 Hemann’s Jazz Club is celebrating 40 years in business with their first ever album launch featuring live recordings of all the legendary musicians who have played on the Hermann’s stage since the beginning. The legacy album, Cheers to 40 Years, will debut with a live stream celebration show on International Jazz Day, April 30.

Listeners of both the album and album-launch show will be transported back in time to the full-band sounds of swing, jazz and Dixieland, when the club first opened at the Bastion Inn on Government Street before moving to its now View Street location in 1986.

The album will feature musicians such as Toni Blodgett, who was part of the Al Pease Trio, the first band that Hermann ever hired in 1981.

Blodgett herself can recall the excitement of the club’s early days.

“He [Hermann] brought over a full Dixieland band, a seven piece from Washington state, and he fell in love with that big sound,” she says. “There was a mezzanine in the building and that’s when he started having his Dixieland band up there and a dance floor was available.”

“That was the beginning and he never, never stopped.”

Neither did Toni. Toni’s been playing a regular Sunday slot at Hermann’s since those early days and attributes her success as a musician to the club.

“Hermann was always supportive,” says Toni. “‘We’ve got to stick together’ was his favourite line.”

As apparent from the number of musicians featured on the album, many musicians have built lifelong careers from the Hermann’s stage. Not all will make it on the album according to manager Nichola Walkden, who mentions deceased greats such as Borgy Borgerson, who was inducted into the Banjo Hall of Fame with Kermit the Frog and Béla Fleck.

The album launch marks a time of rebirth for the club, as it also signals the beginning of Hermann’s Jazz Club’s new record label Hermann’s Live, putting to use the high-end equipment they use to pivot and live stream all their shows.

“Hermann’s Live has been a dream of a lot of people for a lot of years,” says club manager Nichola Walkden. “Hermann’s Jazz Club is iconic – it’s well known to be the best listening room in the country. When people tour here they wish for the recording. The work that our livestream techs have put in over the past year has created this for us. We very much look forward to what can be done – live recordings, capturing timeless moments. To get this together in celebration of forty years of live musical presentation is a cool moment,” she says.

While the community can’t party like they did in 1981, or even 2019, manager Nichola Walkden says she hopes live stream listeners will still be raising their glasses from their homes in the Hermann’s spirit. She recalls that Hermann was always known to throw a great party.

“Every so often, the band would stop its number and bid us raise glasses with this refrain: “Zicke, zacke, zicke, zacke, hoi, hoi, hoi!” (meaning something like “A toast, a toast, a cozy place! One, two, three, drink!” says Walkden.

You can join Walkden for a toast and lively music on April 30 on Hermann’s YouTube live stream account or on their website www.hermannsjazz.com at 7:00 PM, PST.

The album will be available on Bandcamp and all streaming platforms.